Savannah Hussey grew up around horses and the sport of polo, so when she was twelve years old and the opportunity came to play on the AISK Polo team, she happily took it.

Now, at fifteen years old, Savannah feels that even with the ups and downs of the sport, polo has had a tremendous influence on her life. For one, since the sport is a team one, it has taught her first and foremost to be unselfish, a lesson that has now become part of her character. Also, with training sometimes up to five times a week, she has had to learn to balance this intensive practice time with schoolwork and her other commitments of playing on the AISK girls’ football and tennis teams. Savannah’s focus and discipline have not gone unnoticed, and in 2013 she was featured in the SportsMax High School All Access program, a documentary that features students who excel both in sports and academics.

Funnily, Savannah’s says that her greatest supporters are also her greatest competitors. Coming from a polo playing family, her family and siblings are her biggest fans, but since they are also involved in the sport, she always strives to do better than them, which pushes her to perform better each time she plays. She also utilizes her father’s expertise in the sport, and whenever she feels nervous before a match, she finds it calming to speak with him about the techniques of the game and to reflect on her own skills. However, Savannah feels that even losses in Polo matches are a still a positive influence, since after every game she reflects on how hard her team played and how much of their best they put out on the field, and that appreciation is always fulfilling.

It is Savannah’s dream to one day be one of the best professional polo players of the world and to also work in the field of horses. In the meantime, she continues to work hard towards these goals, bringing home such trophies as – 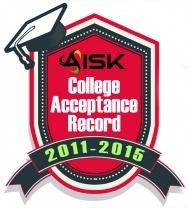